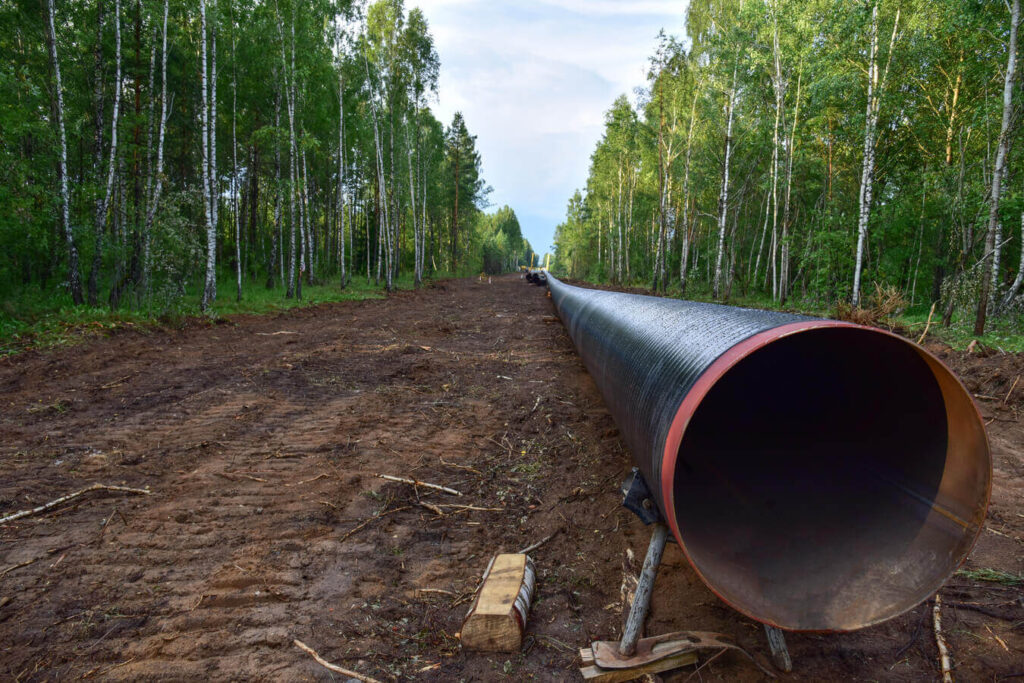 Delays of Oil & Gas project due to coronavirus

In the onset of 2020, most investors had been attracted to the oil & gas sector, while most analysts had predicted that a considerable fluctuation of prices was to be expected. Moreover, bigger corporations especially in the upstream side had formed mergers and acquisition schemes to fuel their competitive power within the sector.

From the outbreak of the coronavirus, it was expected that the disease would be centralized in Asian countries and a considerably less impact could be realized in the rest of the world. However, the opposite of what was expected surfaced.

The rate of spread of the disease skyrocketed as it brought the whole world on the knee.

In the oil & gas sector, major moves have been planned across all continents of the world with the aim to ramify the growing demand of the product. Hydrocarbons had established great versatility owing to the emerging industries that utilized it as a raw material for their production processes.

In essence, most analysts had estimated that the pandemic would bring the whole world to a total shutdown. They estimated that the economy could be paused as people would remain indoors in isolation for their health and physical wellbeing.

In Canada, the gas-link pipeline which was under construction and was expected to be complete soon enough, had some of their workers scaled down as a result of the preparation of the potentially devastating effects of the coronavirus. As the rules had been made by the medical personnel on social distancing of 2 meters, the wearing of masks, washing of hands. To enable the effectiveness of these, they had to reduce their numbers immensely, and this resulted in the further delay of the project.

As a result of the coronavirus pandemic, the government authorities in Pennsylvania, US, ordered the halt of all operations that did not involve life support. Consequently, West Loop Project halt to be brought to an immediate halt to pave way for the disease. A report showed that the natural gas pipeline produced staggering quantities per day of up to 150 million cubic feet. Besides, the workers were as well scared for their health as they preferred remaining jobless than risk their lives. Coronavirus emerged to be very contagious, besides, its nature had not been sufficiently been established and the guidelines orbiting its cause and mode of spread were mere speculation rather than factual.

The coronavirus posed a huge blow in Iraq and Jordan. This forced their governments to bring to an immediate halt the operations that could potentially bring people to a common and this immense affected the projects in the oil & gas sectors. In essence, the ongoing bidding operations that were taking place in the Iraqi-Jordan Oil pipeline was forced to come to a halt. The government further announced that the process would only commence when substantial stability had been established in the regions of Baghdad and Amman. This greatly injected a potential instability in the oil & gas sector within the region which had attained record-breaking stability of all the years of oil & gas in the recorded history of the region.

In response to the directives brought forward by the government, the operations had to be brought to a halt. Besides, it was expected that a plummet in the demand for the product could creep as a result of the change of human social behavior. It was expected that activities that involved travel and transportation, manufacturing activities as well as the companies that utilized oil and gas products could reduce consumption to 50 percent of the original value.

Canada’s LNG terminal in Kitimat had their owners scrap off some workers. It had been established that social places, as well as gathering grounds that could bring people together, had to be refrained from. In their response to protect the local communities from the soar of the pandemic, some worker’s operations had to be brought to a halt. This particularly affected construction workers. The Asian suppliers who had the tender for the materials had themselves put under lockdown, hence the materials could not reach the market. The project managers for the construction tender filed bankruptcy protection to the government of the US, this forced the construction workers to remain jobless. In preparation of the potential hazards of the pandemic, some top workers as well had to be halted from carrying out their normal duties in the firm.

The LNG Terminal in Egypt had its operations paused from January to August. They postponed the planned shipment of the LNG that was to be taken overseas. This was done as a move to enhance the isolation process that was expected to protect the Egyptians from contracting the disease. Coronavirus caused immense turmoil in Egypt. The people pressured the government to initiate the lockdown process as the coronavirus was highly contagious and deadly. Besides, uncertainties of how the novel disease could be handled had not been sufficiently been established. The operations have as well not been revived to the initial target due to the economic instability that has befallen the Egyptians from the on-set of the coronavirus.

India has a dense population. From the moment the first case of the coronavirus was detected. The people became nervous and the government responded in an attempt to have the economy going as well as the safety of the people. A temporary lockdown was ordered at Odisha as the number of the covid19 patients continued to soar. This forced many businesses to shut down in response to the directive. Dhamra LNG terminal, being situated within the region, fell victim of the condition. The construction process that was ongoing had to be brought to a halt in response to the government directive.

In the US, Magnolia LNG terminal was set to supplement the importation of the LNG within the economy. The plans were to take a considerable toll in the course of the year. However, from the onset of the coronavirus pandemic that impacted the economy of the US immensely as the largest recorded confirmed victims worldwide, most of the businesses in the US came to a halt. In an attempt to protect the workers from potentially contracting the disease, the corporation had their process halted to an indefinite time within the year since the management was oblivious of the potential time the pandemic could last.

Qatar made plans to construct four new trains that would facilitate the production of oil & natural gas to greater levels. However, it was announced that the project had to be brought to an immediate halt as a result of the exponentially increasing numbers of covid19 patients.

The directors of the projects, due to uncertainties, decided to push the launch of the project to 2025 to give room for adequate preparation and for the world to heal or rather, find alternatives to the covid19 situation.

Delay in an oil field

The Johan Castberg project was announced to be on hold by Equinor as a result of the disruption and uncertainty that was triggered by the onset of the covid19 pandemic. The cost of production increased tremendously since the additional expenditure had to be allocated to assist in the workers with healthcare facilities as well as protective gears.

Bottlenecks had as well been enforced to the people, consequently, access to labor became unrealistically unachievable. The Norwegian krone had been weakened as well by the surge of stock within the market. Oil quantities were beyond control when they experienced the Singaporean breakdown of the storage facility. Welding issues as well became a tough toll on them since the coronavirus had barred off the skilled personnel that could assist in the welding process.

Delays in the offshore platforms for drilling

In Australia, the Diamond Offshore company was issued with a notice for a sudden halt by Beach Energy. This was backed up by the argument that the workers were not safe and could potentially contract the coronavirus. This in effect, led to the firm bringing to an immediate halt of their operations. Everyone was expected to maintain the rules stipulated by the government as the key track to eradicating the coronavirus pandemic in all sectors od the economy. It was only expected that health care services could remain in operation. Therefore, the oil & gas sectors being among the non-basic operations were brought to an immediate halt for the people to be safe.

Exploration and fracking operations were put on hold

In Argentina, the government brought to an immediate halt the operations that were aimed at increasing the supply of oil & gas in the economy. This made them stop the Vaca Muerta project which was ongoing. The activities at Vaca Muerta involved the fracking operations that were to increase the quantities of oil & gas. It had been speculated by the government of Argentina that the coronavirus pandemic could result in the surge of stock, especially in the oil & gas sector. This was as a result of the reduced consumption of the product due to the change of behavior of the day to day operations of the people.

As announced by Origin energy in Australia, the shale fracturing process that was taking place at Kyalla well had to be brought to an immediate halt. The company’s operations had increased considerably by the beginning of 2020. However, as the confirmed coronavirus patients continued to soar within the economy, it was suggested that the health of the workers was a great risk due to the coronavirus. The disease had been unprecedented and exposed the people to great health risks that had to be put in check.

In the US, the coronavirus impacted immensely on the investment moves that were set to commence at the beginning of the year. However, from the onset of the coronavirus, uncertainties scared away investors forcing them to sit back and watch the turn of events.

In the move to help in the production, a coalition was set by major financiers that included Citi, JPMorgan Chase, Bank of America, and Wells Fargo to continue with the exploration and fracking process. However, the coalition expected the government to offer them indefinite time allowance as well as major waivers for their operations. It is enshrined in the constitution of the US that banks are not allowed to carry out operations that involve material ownership. However, from the onset of the coronavirus, a compromise had to be made to allow for the continued exploration and fracking of the oil & gas reserves.

Coronavirus impacted all economies across the globe. As predicted by most analysts, the oil & gas sector had to suffer a considerable blow from the pandemic, since its consumption is directly dependent on the social behavior of people. Most projects that were on their way suffered immediate halt, while the ones that continued with their normal operations experienced a profound increase in the production cost.

Even though a surge in stock was expected to an uncontrollable amount, the affected stock got alternative markets that included the emerging petrochemical industries for the manufacture of substances such as pesticides. Most of the economies as well had a reduced operation and not a total lockdown. Transportation sector that was expected to suffer the biggest blow remained stable as public vehicles demanded fewer passengers hence the demand for many public transport means. It is expected that the sector might stabilize in the near future as the coronavirus curve flattens.